We spoke from his office in Johannesburg. Our discussion covers the recent student protests, racism in our culture and on our campuses, #feesmustfall and higher education funding. WARNING: There is some explicit language in this interview.

Professor Adam Habib is the Vice-Chancellor and Principal of the University of the Witwatersrand, and has served in this position as from the 1st of June 2013.

He is an academic, an activist, an administrator, and a renowned political media commentator and columnist.

A Professor of Political Science, Habib has more than 30 years of academic, research, institutional and administration expertise. His experience spans five universities and multiple local and international institutions, boards and task teams

Neil joined me on the line from Cape Town in the midst of the #feesmustfall student campaign. We discuss the future of trade unions, why we need a national minimum wage, how to cultivate a patriotic business sector and why COSATU is the ANC’s most vociferous critic.

Neil is Strategies Co-ordinator in the COSATU Secretariat. He has been active in various community organisations, and anti-apartheid formations such as the United Democratic Front, and trade union organisations, in particular the Congress of South African Trade Unions, over the last three and a half decades.

Neil has worked for COSATU since 1989 and has co-ordinated several departments in COSATU over this period, including COSATU’s parliamentary office and communications department.

His current role involves giving strategic advice to the COSATU Secretariat, as well as coordinating various teams of experts for the federation, including working with the country’s top progressive economists.

Since January 2015 he has been tasked with leading the delegation of three Labour Federations (COSATU, Nactu and Fedusa) in negotiations on the introduction of a National Minimum Wage in South Africa, through the Wage Inequality Task Team of Nedlac.

This week I interview Solidarity Chairman Flip Buys. We discuss Afrikaner autonomy, the pursuit of benevolent neglect, the need for community engagement and the benefits of the free market. Oh and also my quote of the year “you can’t out promise a socialist”.

Flip obtained a degree in Communication Studies, from the Potchefstroom University in 1988. In 1992 he obtained an honours degree in Labour Relations from the Rand Afrikaans University. He also attended courses in political economics at the University of the Witwatersrand and project management at the NWU.

Flip Buys previously served as council member and member of the executive committee of the North-West University for seven years. During this period he gained significant experience of the university setup and the activities of the university council.

Flip is executive chairperson of the Solidarity Movement, which consists of a “family” of 18 organisations and represents approximately 270 000 families. The Solidarity Movement considers itself a modern Helpmekaar movement that consists of Afrikaans community organisations. It is a federation of Afrikaans employee, social, language, culture, civil rights, media, and training institutions who believe that a community should take responsibility for itself instead of depending solely on the government or passively awaiting the future. 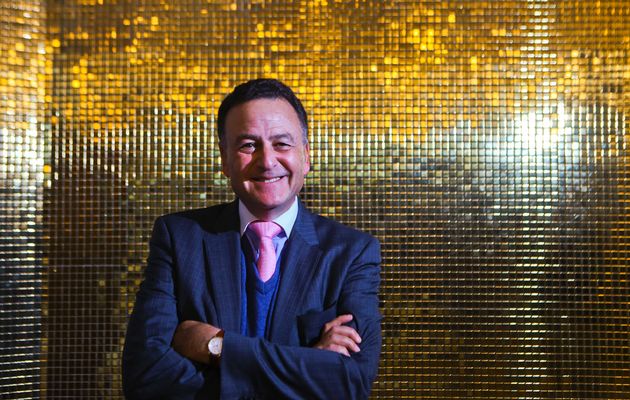 My guest today is Tony Leon.

Tony Leon is the Executive Chairman of Resolve Communications (Pty) Ltd, a South African consultancy specialising in strategic communication, reputational management and issues’ advocacy. He is also a noted author, columnist and speaker.

For nearly twenty years Tony Leon has been a Member of Parliament in South Africa, and for thirteen years he led the Democratic Alliance and its predecessor. He is the longest serving Leader of the Opposition in Parliament, since the advent of democracy in April 1994. He led and grew his party from its marginal position on the brink of political extinction into the second largest political force in South Africa.

A trained lawyer, Tony Leon actively participated in the critical constitutional negotiations which led to the birth of a democratic South Africa and served as a co-chairperson of the Constitutional Assembly’s Theme Committee on Fundamental Rights.

He was appointed by President Jacob Zuma as the South African Ambassador to Argentina, Uruguay and Paraguay in August 2009. Since returning from his three year post in Buenos Aires in September 2012, Tony Leon has been thinking, writing, speaking and about matters in South Africa and the world. He consults to businesses both locally and abroad and has a special interest in risk consulting on Africa and South America and on navigating the intricacies of the booming markets of South America.

We discuss the current state of liberalism in South Africa, why Jacob Zuma is an incompetent executive and the incoherent nature of South African foreign policy.

This week on ZAR returning guest and economist Russell Lamberti discusses the woes of the Rand, the threat of Junk bond status and why South Africa needs to build a better boat.

Send me your feedback

My guest today is RW Johnson.

R. W. Johnson is a South African author, journalist and historian.  Born in England, he was educated at Natal University and Oxford University, as a Rhodes Scholar. He was a fellow in politics, philosophy and economics at Magdalen College, Oxford, for twenty-six years. He was formerly director of the Helen Suzman Foundation in Johannesburg.

He has published 12 books including Shootdown: The Verdict on KAL 007, South Africa’s Brave New World and his most recent How Long will South Africa Survive which is a follow up to his 1977 book of the same title.

His most recent book has captured the public imagination and is being debated both in the press and across dinner tables around the country.

Sizwe Nxedlana is the chief economist at FNB.

Prior to this role, Sizwe held the role of senior economist at FNB Wealth and was a member of the investment and asset allocation committees.

He joined FNB in 2008 and was responsible for the analysis of South African and global economic trends and global markets, initially servicing the FNB Commercial and more recently the FNB Wealth segment.

Sizwe holds a Master of Commerce in Economics from the University of KwaZulu-Natal.

He completed his Bachelor of Commerce Degree from the University of Cape Town and prior to FNB, Sizwe worked at Kagiso Trust Investments and Standard Bank, as a property economist.

Russell Lamberti is the head strategist at ETM Analytics.

Russell has been involved in high-level consulting projects for government and the private sector ranging from feasibility studies to market impact assessments, and now consults full time to the fund management industry where he oversees a team providing research and strategic macro insights to portfolio managers for use in their asset allocation process. He has a passion for economics and financial markets and for individual liberty and economic freedom. His stated goal is see the return of sound, just money, the wholesale reform of our broken financial system, and the diminution of centralised and coercive state power.

Russell is the co-author (with Phillip Haslam) of When Money Destroys Nations: How Hyperinflation Ruined Zimbabwe, How Ordinary People Survived, and Warnings for Nations that Print Money Which is available in paperback and electronic editions at Amazon and Takelot.